Traveling With a Drone

Home Traveling With a Drone

This post originally appeared on my travel blog – Journey Unknown. Traveling with a Drone Internationally

Prior to heading off on my latest trip to Ireland, I had been saving to purchase a high-end drone. With it arriving about a week before my departure, I knew that I had to bring it along with me to capture the amazing Ireland landscapes. However, I knew next to nothing about traveling with a drone internationally.

Luckily for me, the Phantom 4 comes in a hard styrofoam case that fits everything pretty snug. It also has two extra spaces for spare batteries if you happen to drop $170.00 USD on them. Packing the drone for travel was pretty easy on my end.

However, if you don’t have a case yet, I’ve heard that these cases will suffice – 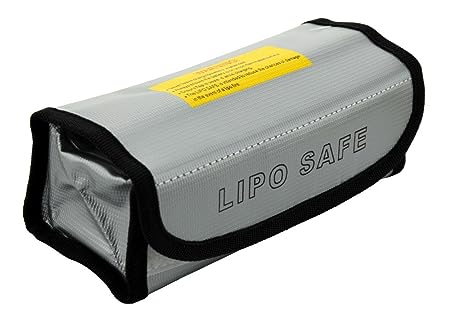 One major thing to keep in mind is that you have to travel with the drone batteries as a carry on since they are Lithium-ion Polymer – similar to your laptop, cell phone, etc. The cold temperatures in the cargo bay of the aircraft can affect the batteries and increase the risk of a battery fire. It is also against most airlines’ policies to put these batteries into checked luggage when you check-in to your flight.

Even though you are carrying on your batteries, it is a good idea to get a fireproof battery bag. This is just a preventative measure while traveling since there have been iPhones and other devices that have gone up in flames.

Prior to my trip overseas, I figured that I should find a way to protect this expensive purchase. I knew that DJI had offered a $300 policy (DJI Care), but I had heard of people getting their insured for 1/8th the price from their local State Farm agent. After about 30 minutes on the phone, I am now fully covered for damage, theft, fire, etc on my Phantom 4.

While finishing up working remote from the JFK Airport prior to my one flight, I quickly googled Ireland’s Drone Laws. This eventually led me to find their registration site (which is FREE TO REGISTER *cough* take a hint FAA *cough*). I strongly recommend that if you are traveling with your drone internationally to consult your favorite search engine or post in a forum to see if you need to register your drone. The last thing you want to have happen is to have your drone be confiscated by the authorities or slapped with a fine. The DJI Phantom 4 stock case fits everything perfectly, including two spare battery slots (on the left) where you can put extra socks & underwear like I did.

Maybe it’s just me, but I hate having the drone case out of my site while traveling. There was one time when I placed the drone into the storage area of a bus and we managed to hit every pothole during the trip. I preferred having the case sit underneath my feet or on my lap depending what mode of transport I was on. While we were exploring cities, I kept the drone safely in a locker provided at the hostel.

Going thru four security screenings at airports on this past trip (they were required for everyone), I was asked three times what was in the case. Now, don’t get all sketchy and dodge the question – you don’t want to wind up with a full-body cavity search. Each time, I would smile politely and say that it was a Quadcopter and then be on my way. Even other passengers on the flight would ask me what was in the case and I would tell them about it and the safety features. Be sure to respect local laws with your drone.

Following all the local rules and laws is a must if drones are to be accepted by the mass public. Don’t go flying them 3 feet above peoples’ heads on a crowded beach during a windy day. As mentioned in the above section, make sure the drone is properly registered with the FAA equivalent of that country (if there even is a registration process).

Being courteous of others and respecting the country you’re in is a must. Don’t go out flying on a day that you’re normally not comfortable flying with back at home. You don’t want to wind up with a lost drone or even worse, damage caused to someone or something. The Phantom 4 did draw some crowds while filming in more populous areas, but no one seemed to mind much since I was just filming coastlines and plains from 35+ feet (10+ meters) above their heads.

Sure this last bullet point isn’t about safety or taking care of your drone, but rather showing people the amazing shots that you get. You don’t have to do a full blown edit on a photo/video in order to show the world. I ended up slapping some filters on them in the Instagram app and uploaded them. These shots were some of my most liked shots from the entire trip to Ireland. If you’re lucky, you could even get your clip reposted to a University’s Facebook page and have it be seen by over 18,000 people! Reviewing your footage could be a daunting task. You could have anywhere from a handful of gigs to hundred of gigs of footage to comb thru. I found that by reviewing the footage every other night, I was able to see what shots turned out well and how to improve for the next flight. Keep in mind at this point in time, I only had the Phantom 4 for about 10 days.

Rather than just sharing clips of your drone footage, try to think about how you can incorporate it into telling your story. Use shots that not a lot of people are able to get without a drone. Are you talking about the vast expanse of the Bolivian Salt Flats? Fly the drone up to 30 meters (100 ft) and slow pan.

Think about where you are going next and if it is suitable to bring a drone along. I found that Ireland’s weather just didn’t want to cooperate – most of the time it was either too windy or raining. Check the forecast before your flight. LOOKING TO BUY A DRONE

I’m relatively new into the drone world, but the community that I’ve seen from Phantom Pilots across the globe is a fantastic one. Any questions I’ve had have been answered already by other, more senior, members of the community relatively quickly. “Yeats Country” Outside of Sligo, Ireland

All in all, it was a great first experience traveling internationally with a drone. Unfortunately the weather in Ireland is either – gray + windy, raining + windy, sunny + windy, hailing, or absolutely stunning – in about a 30-minute timespan. I only recorded about 30 minutes of video and a good bit will be discarded (due to operator error – too jerky with the controls).

The Phantom 4 stock, hard styrofoam case held up beautifully. Now that I’m back in the States, I’m going to spray a few coats of PlastiDip on it to toughen it up a bit more. I don’t think I’ll need to spend the $200 on the DJI Phantom 4 backpack anymore.

Have any questions about traveling with a drone internationally? Leave a comment below and I’ll get back to you within 12 hours.

Leave a reply Click here to cancel the reply

We're not around right now. But you can send us an email and we'll get back to you, asap.